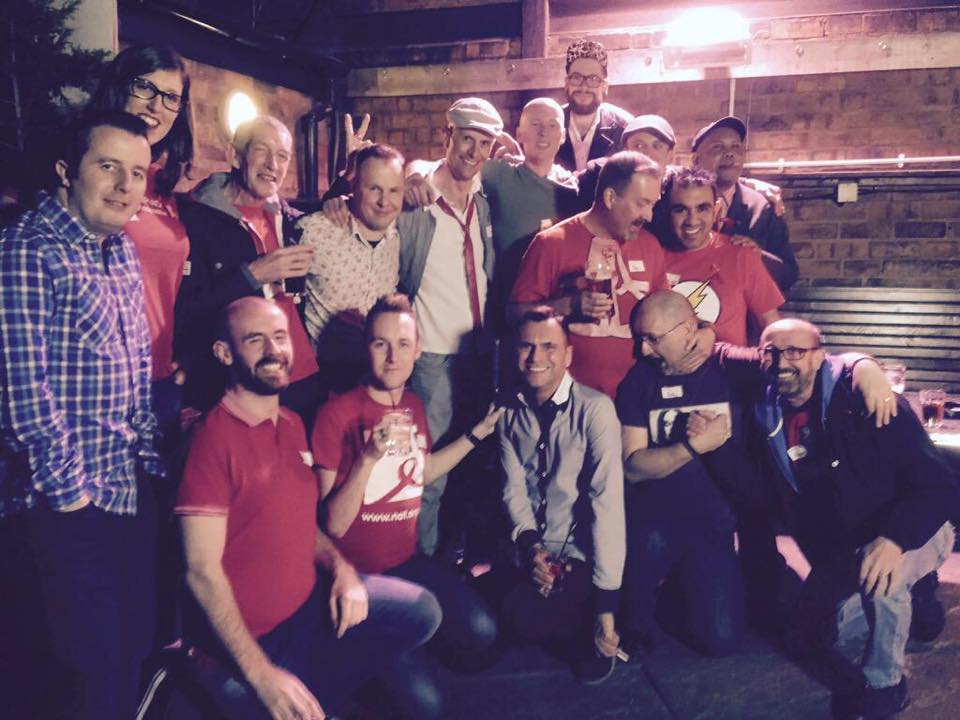 So last weekend, Sprog free, I had a weekend of debauchery! Ok perhaps not quite in the dictionary definition of the word – but I had a blinking enjoyable non-Paleo weekend – with fine company, fine food and perhaps a couple of G&Ts. 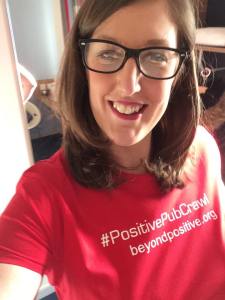 The Friday night was the quarterly Beyond Positive ‘Positive Pub Crawl’ – a social evening for HIV+ people to all go out together, wearing red if desired. I rocked up proudly wearing my Beyond Positive t shirt.

During the night I met lots of people I know ‘virtually’ for the first time and also made lots of new friends, while catching up with lots of guys I’d met at a previous event. The evening was a roaring success with over 40+ positive people all ‘pub crawling’ at one point along Hurst Street in Birmingham.

I got chatting with lots of people on the crawl – and also lots who were wondering what I was up to. As the sole hetrosexual positive female in the group surrounded by hoards of fabulous gay guys – I guess I was, at 6ft3 decked in red, rather easy to spot! Encouraging testing and simply raising awareness of HIV and sexual health, is a convo I’ll never tire of having!

The highlight of the evening for me was watching people visibly flourish and find comfort in their own skin – possibly for the first time since their diagnosis. You can never underestimate the struggles that people can experience accepting, confronting and dealing with their diagnosis – and acknowledging what a flipping monumental occasion it is for some to join/attend such an event. Hats off to those who made this step last weekend!

The vehicle and platform that Tom Hayes has created in Beyond Positive, to support the positive community – is such a wonderful one and I for one, am so very very proud to be associated with it!

This site uses Akismet to reduce spam. Learn how your comment data is processed.